Every tenant (with their name on a tenancy agreement) at Lister is also a member of the Co-operative, which owns and runs Lister. The AGM is the one meeting we ask all tenants to try to attend.

The 2022 AGM was held on Wednesday 21 September 2022 in Lauriston Hall, 28 Lauriston Street, EH3 9DJ. The AGM was preceded by a short Special General Meeting (SGM) at the same venue. Both the SGM and the AGM were quorate (i.e. enough members were present or had given a proxy for the meeting to be legally valid).

If you wish to stand for the Management Committee there will be another opportunity at the 2023 AGM. If you need any advice or further information just ask the Lister Office.

Below are the papers considered at the 2022 AGM:

Here is the agenda for the meeting: AGM agenda 2022

A summary report in relation to the annual accounts can be found here: AGM Fin Note 21-22

The annual accounts which include the auditor’s report are here: Lister Financial Statements 2021-22

At the SGM updated Model Rules for Lister were approved by those members in attendance. Although approved at the SGM, the new rules will not take effect until they are also approved by the Financial Conduct Authority. Below are the papers considered at the 2022 SGM:

The agenda can be found here: SGM Agenda Sep 22

Here is a summary of the Rule changes: Summary Main Changes to Rules- 2022 SGM

Here are the proposed new Rules to be adopted: Lister Proposed New Rules 2022

For ease of reference, here are our current rules which were approved via SGM in 2014: Lister Rules 2014

The 2021 AGM took place on WEDNESDAY 22 SEPTEMBER 2021 at Lauriston Hall, 28 Lauriston Street, EH3 9DJ.  There was also a Special General Meeting (SGM) immediately following the AGM. Below are the papers considered at the 2021 AGM:

The list of candidates for the Management Committee were: Re-standing Committee members – Louise Alexander and Jacqui Leith. New candidate: Joanna Dydak. As there were fewer candidates (3) than places available (6), all three were elected.

Below are the papers considered at the 2021 SGM:

The 2020 AGM took place on Tuesday 29 September 2020. It was an on-line virtual meeting held using Google Meet. The meeting was quorate (i.e. enough members were present or have given a proxy for the meeting to be legally valid). There was no vote for Committee members as there were fewer candidates (four) than vacant places (six). Below are the papers considered at the Sept 2020 AGM: 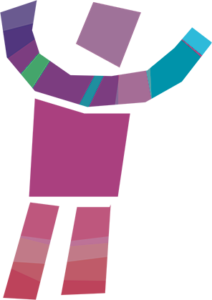